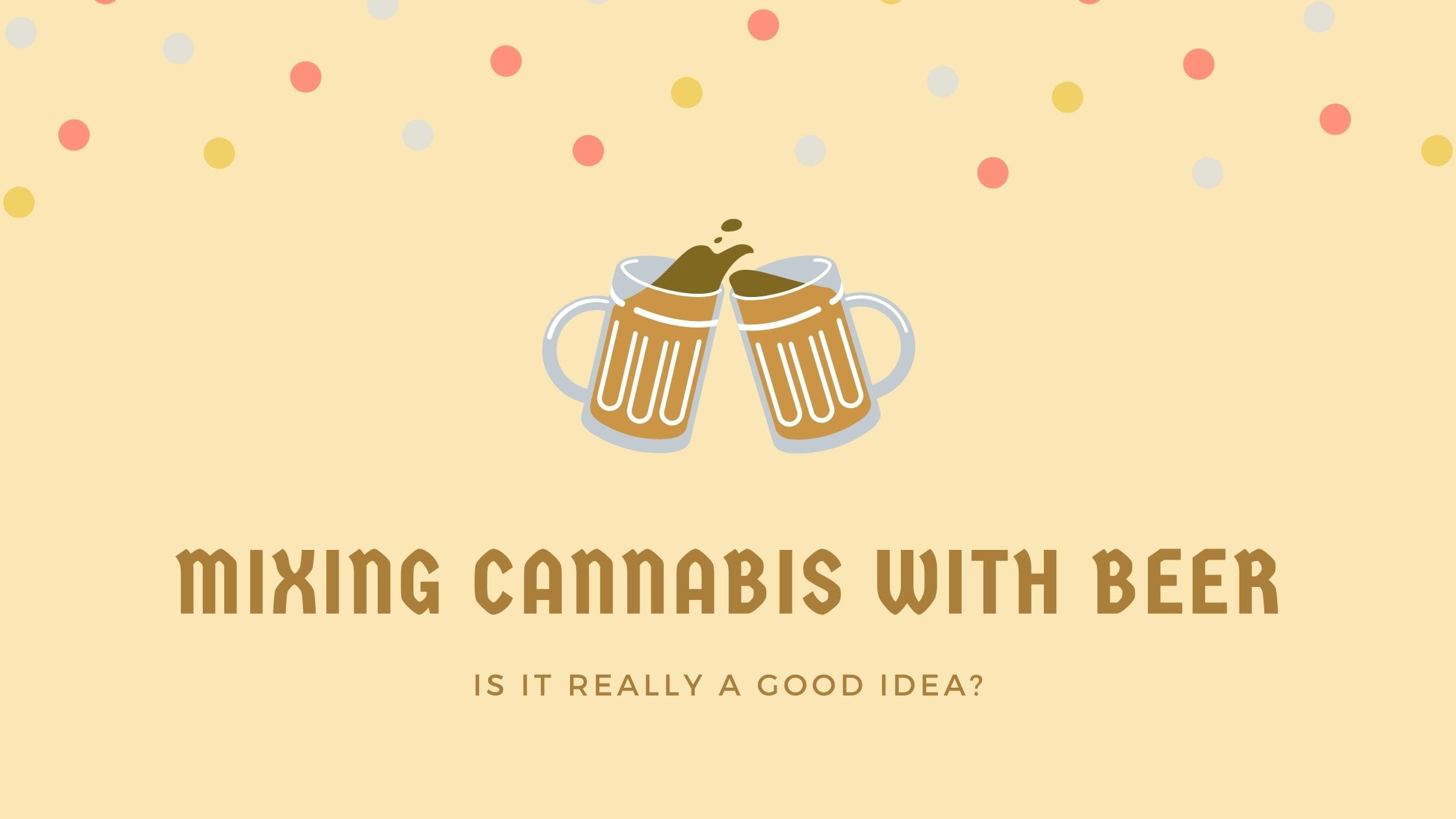 Mixing Cannabis With Beer- Is it Really a Good Idea?

Cannabis and beer both are being used as recreational substances for a very long time. And mixing them has become quite common nowadays. If you are a casual cannabis user, you perhaps have tried it at some party or something.

But is it really safe, the combination of two? This question is really important. And it becomes even more pressing when you have a medical cannabis card and are using the herb to treat an ailment of yours.

Well, cannabis experts say the opposite. Doctors say that mixing cannabis and alcohol may have some very adverse effects on your body. In this article, we discuss it in detail.

What Happens Cannabis With Beer

The phenomenon of consuming cannabis with alcohol is what we call crossfading. In this phenomenon, the consumer tends to experience the effects of one of either substance quicker than usual. Experts say that while crossfading doesn’t have any major effects on health if it’s occasional, there’s still a lot to be taken into account. You should keep in mind that cannabis and alcohol both are psychoactive substances. THC in cannabis can impact the cognitive functioning of the brain, while beer can have an effect on the motor skills of the consumer. Having said that, sometimes, consuming the two substances together can be quite problematic.

But what exactly makes cannabis and alcohol a terrible mixture?

Well, it is because both of these substances individually can change the way the other interacts with the body. Researchers suggest that cannabis has the ability to alter the bioavailability of beer or other alcoholic drinks. Similarly, beer may widen the blood vessels in order to absorb higher amounts of THC, a lot more quickly.

What Effects You May Expect From it?

The effects of mixing the two substances actually depend on which one do you consume first. So, let’s take a look at both instances individually.

As we discussed, consuming alcohol before cannabis can make your body absorb more THC, the psychoactive cannabinoid of cannabis. And this may intensify its effects to a great extent. As expected, the high would be a lot stronger.

Now, this effect might be suitable and desirable for some, for others, it may lead to green out. Also, the combo may induce several uncomfortable side effects, including:

Consuming cannabis before you drink can make it quite difficult for you to have a defined idea of your surroundings. Also, you are unable to control your drinking in many cases. This, as we discussed, is because of the herb’s ability to increase the bioavailability of alcohol. If you are consuming cannabis before beer, you may feel less drunk than you actually are. And this may lead to overdrinking, and thus alcohol poisoning.

The research on the topic isn’t really extensive. However, there is still some evidence that suggests a long term combined use of these substances may have some drastic effects. Some of the things you may expect from it include:

Various studies on the subject point to the fact that consuming cannabis and alcohol together leads to higher use of these substances. And if it’s for a significant time, it may increase your risk of developing a dependence on either or both substances.

Cannabis alone can decrease cognitive functioning in people. But if a person consumes it with beer or other alcoholic substances, cognitive abilities may worsen even further. And this effect may be quite long-lasting.

Research suggests that the mixture of cannabis and alcohol can also affect your driving skills. As per a study, adding alcohol to cannabis may decrease your driving performance by 17 to 21 percent.

So, Should You Consume Cannabis With Beer?

Well, as you can understand, there are quite a number of negative effects one may expect from mixing alcohol with cannabis. However, answering the above question is still not as simple. There are, in fact, several other factors that you may need to consider, including your tolerance, the potency of products, delivery method, etc. Also, experts say mixing the two substances may be quite enjoyable if you do it carefully. But overdoing it, as you can see, can be dangerous. Hence, in the end, we would only suggest you always be responsible with both these substances, individually as well as in combination.