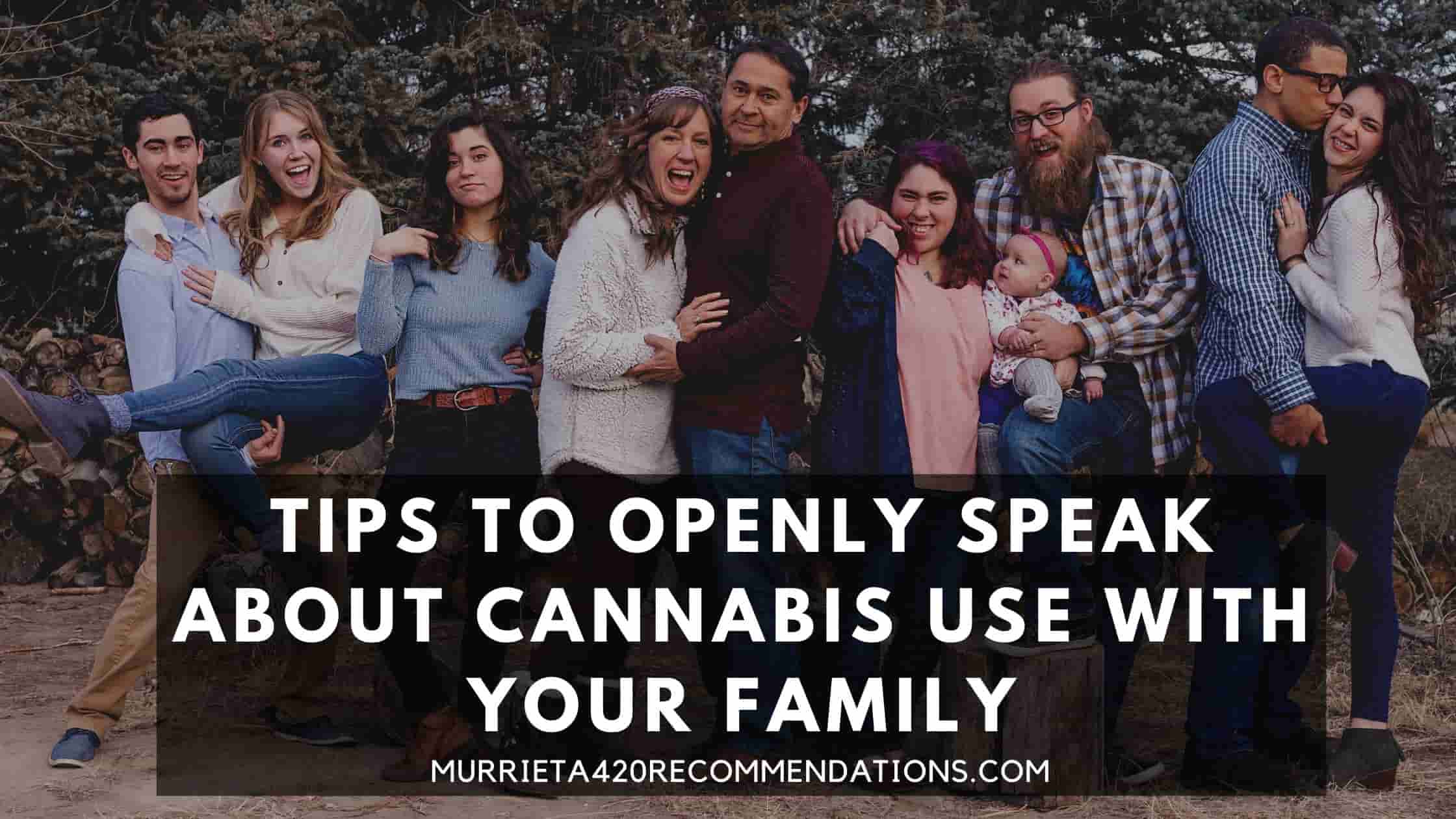 Tips To Openly Speak About Cannabis Use With Your Family

California legalization had a great impact on the marijuana industry. It changed the way people looked at cannabis, its use, and cannabis finally emerged out of the shadows of stigmatization. It also helped other states follow the footsteps towards legalizing cannabis for both recreational and medical use. State legalization set the standard for federal authorities to look into the various nuances of cannabis, in particular, cannabis therapeutic potential. This led to the legalization of hemp-derived CBD on the federal level allowing people to get CBD products without getting a recommendation from a medical cannabis clinic in Murrieta.

According to a survey conducted in 2017, one in seven Americans smokes cannabis in the United States. Not only this but if we look at the existing scenario it would be fair to say that people have drifted towards edibles usage. This year a considerable no. of dispensaries reported a significant rise in edibles sales. Meanwhile, some people still do not believe in the use of cannabis.

They think that it’s a euphemism – an excuse to legalize cannabis for recreational use. In addition to this, the stigma associated with cannabis keeps people from recognizing marijuana nothing but a drug. Unfortunately, if these people are your family members or your friends you might have a difficult time coming out as a marijuana user. The worst part is that talking about cannabis use with your family can be quite intimidating and challenging. So, here are a few things you can do to have an open discussion with your family and friends.

Explain the Therapeutic Potential of Cannabis

A lot of people still don’t believe in the therapeutic potential of cannabis. They are under the impression that cannabis whether THC or CBD comes from the same plant and it is largely used for recreational purposes. However, this is not the entire truth. Cannabis has a great deal to do with medical properties. If it hadn’t, the FDA would not have approved the use of Epidiolex for treating severe forms of epilepsy.

In addition, the biggest example to showcase the therapeutic potential of cannabis is the Charlotte Figis’ case. An American girl who used CBD oil to reduce epileptic shock. This is to say that even you can use these examples to help your parents and friends learn about the therapeutic potential of cannabis. However, always remember that you are talking to your parents and don’t try and escalate things if they do not understand anything at the onset of the discussion. Be patient and give them time to digest the information.

Listen to Your Family’s Concern

It is easy to get frustrated and annoyed when your family does not recognize something you’ve always been a part of. Not just for recreational purposes but for some, it is a way to address medical requirements. Also, when you are so passionate about something, it is easier to get annoyed and angry.

Perhaps you feel as though cannabis can help you alleviate pain and you feel like visiting a medical cannabis clinic in Murrieta will help you find the answer to your medical problem. But somehow your parents’ concerns have stopped you from searching a medical cannabis doctor. For instance, your parents might think that other forms of medicines work better than cannabis. While these are genuine concerns, do not get fazed by what your parents think. Just sit with them, listen to their concerns, and then try and explain the therapeutic potential of cannabis. More vitally, don’t forget to back it up with scientific evidence. After all, a mature conversation is always better than an insignificant argument.

While you discuss the therapeutic potential of cannabis, make sure you don’t over-promise. Stick to the facts and gather scientific facts. You can quote studies originating from places such as Israel and the United States. You can also discuss countless studies published inside journals and discussed during cannabis conferences. The best thing to do would be to show your parents the documentary of Charlotte Figi and how she used CBD oil to manage her symptoms. This will enable your parents to slowly and steadily believe in the therapeutic properties of cannabis.